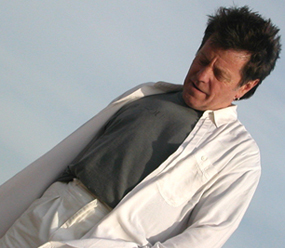 "Que Pena" is an original instrumental from Toto Zara's 7th album "Antillano" which features salsa, bolero, cumbia and other styles he wrote durng his tours of his home country of Spain, France (the Latin Quarter) Brazil and New York.  Toto was the youngest of several siblings that became a popular european family group called "Zara"

In 1973, his family had a number one hit with "Eres Tu" one of only 5 foriegn language songs to make it to number one!  recorded under the group name of "Mocedades" (Musical Youth) from Bilbao, it was this song hat brought Toto and his 3 brothers and 2 sisters to America where they eventually settled in Las Vegas.

Toto's father (family name Zaratiegui) founded a nation school of the arts in Tafallia, Spain which today still stand in the town square as a historical landmark.  At the age of 8,  Toto was featured guitarist and flamingo-dancer during public concerts by noted French composer Gilbert Becaud.

Animated Score with section highlights for demonstration and teaching

Some More Creative Examples From Admagination

Since 1994, Admagination has been creating custom jingle packages for hundreds of local, regional and national clients. Listen to medleys of our award winning jingles Read More
A few years ago, we were asked to create a jingle for a big Northwest building and lumber company called Franklin Building Supply. The results were a blast

Currently are 6 guests and no members online